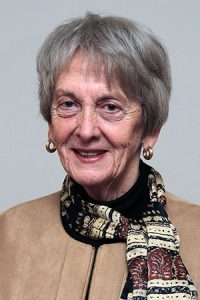 Prior to her retirement from the Hospitality/Tourism industry, as owner/operator of a B&B, Christine enjoyed a long career in Nursing (spanning 43yrs). Having initially undertaken General and Midwifery Training in Australia, she completed a Post Graduate Nursing/Observation Diploma in New York City (USA), followed by several years in Health Care in Canada. Her experiences were extended as Sister In Charge of the Medical Department of an International Cruise ship. On return to Australia was involved for several years in Hospital Administration (Director of Nursing of 2 acute Private Hospitals). Christine was then seconded to NSW Department of Health- Private Health Care Branch in the role of Advisor/ Supervisor. Christine is currently Executive Director (Secretary) of Blue Mountains Retirement Village, Committee Member Katoomba Chamber of Commerce/Community, Board member of Cancer Wellness Support, Trustee Blue Mountains Health Trust, Leura Literature Group (Secretary/Treasurer), Heritage Roses of Aust. (BM/Nepean branch).  Volunteers for many other charitable organisations.

Christine was awarded the Blue Mountains Woman of the Year 2013 and is recognised as a Paul Harris Fellow (Rotary). She has the belief that giving back to the community by way of volunteering is a rewarding and purposeful experience