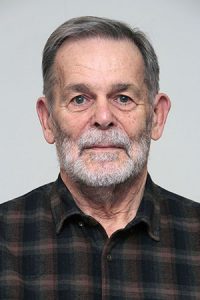 Joined RAAF as an engineering apprentice at sixteen years of age. Served fifteen years with the Air Force as an armament fitter including over two years in Malaya during the emergency. During last four years in RAAF whilst at Kingswood Ammunition Reserve completed an Architectural Drafting Certificate night course at Sydney Technical College.

After discharge from RAAF in 1969 commenced an Architecture course at NSW Institute of Technology. Became a registered Architect in 1977. Worked with various Architectural firms in Brisbane, Sydney, and Melbourne. In last twelve years of Architecture worked with Lend Lease Design Group principally involved in large shopping centre and office building work. Also went to London in 1997 to review and report to Lend Lease on the Architectural consultant’s proposed documentation for the Bluewater Shopping centre in Kent which at the time was a one Billion dollar project.

At Lend Lease Design Group my role was Technical Director and Documentation manager for the major projects which also involved frequent site visits. Whilst at Lend Lease completed Leadership and a Project Management courses.

My last job before retiring from Lend Lease in 1999 was the Olympic Village and Shopping centre at Homebush site.

After retirement volunteered at the 2000 Sydney Olympics at Hockey stadium and Paralympics at the international airport. Also worked as a volunteer for several years with Landcare in Blue Mountains. In 2005 started as volunteer and also Board member with Blue Mountains Cancer Help (now Cancer Wellness Support) and at present still involved.