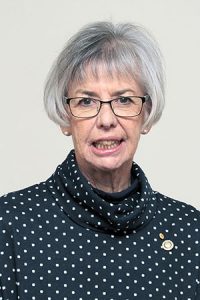 Worked in the United Kingdom for three years, mostly in ICU & Recovery specialty areas. On return to Australia, worked at RPAH as a Nurse Educator until moving to the mountains in 1977. Commenced Community Health Nursing in 1979 & worked in the local area of Blue Mountains until 1994 . Joined the family business in Property Management role until the founding of Blue Mountains Cancer Help in 2005. The same year completed the re-connect program at Nepean Hospital & returning to community health nursing for a further two years.

Having retired in 2018 due to a diagnosis of MND, I am spending as much time as possible with my family & grandchildren. My time working with people with serious illness has given me some tools to deal with this awful disease & its challenges.

I am also enjoying participating in the ongoing operations as a Board Member & value the contribution that my fellow Board Members make, our wonderful staff & volunteers. I also appreciate the opportunity to share with & support the many hundreds of people with cancer when they have been at their most vulnerable.